Endoscopic grasping forceps are medical devices that must be used for biopsy, differential diagnosis, treatment, and removal of diseased tissues from the patient's body by cutting, clamping, or puncturing for pathological examination. 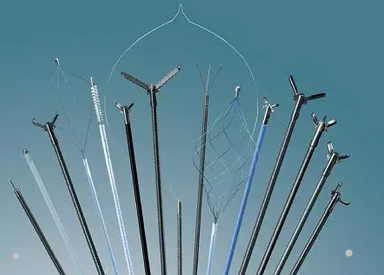 There are many types of endoscopic grasping forceps, including standard type, lateral opening type, head end with needle type, round cupped type, and toothed cupped type. Laser welding can be achieved by continuous or pulsed laser beams. The laser radiation heats the surface to be processed and the surface heat spreads to the inside through heat conduction. The energy conversion mechanism is accomplished through the "small hole" structure. Under high enough power density laser irradiation, the material evaporates and a small hole is formed. This small hole filled with vapor is like a black body that absorbs almost all of the incident beam energy, and the equilibrium temperature inside the hole cavity reaches about 25000C. The small hole is filled with high temperature vapor generated by the continuous evaporation of the wall material under beam irradiation, and the four walls of the hole are surrounded by molten metal, and the liquid metal is surrounded by solid material (whereas in most conventional welding processes and laser conduction welding, the energy is first deposited on the surface of the workpiece and then transported to the interior by transfer). The liquid flow and wall surface tension outside the hole walls are held and dynamically balanced with the continuously generated vapor pressure inside the hole cavity. The beam continuously enters the small hole, the material outside the hole is continuously flowing, and the hole is always in a stable state of flow as the beam moves.

That is, the small hole and the molten metal surrounding the hole walls move forward with the forward speed of the leading beam, and the molten metal fills the void left after the hole moves away and condenses with it, and the weld is formed. All of this happens so quickly that the welding speed can easily reach several meters per minute.

Details of the use of endoscopic grasping forceps. 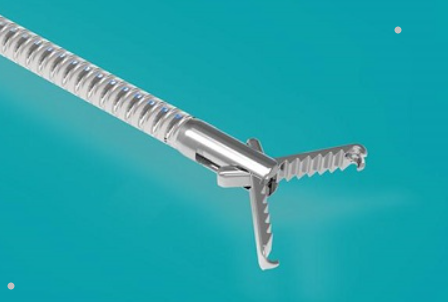